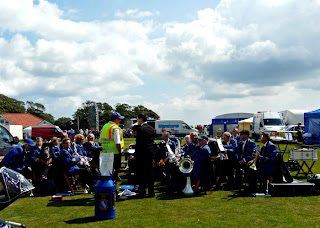 A bit windy but just about manageable. 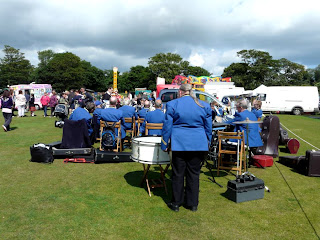 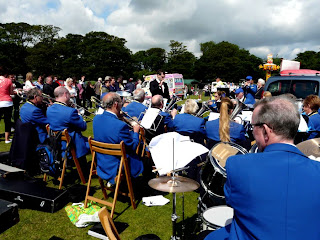 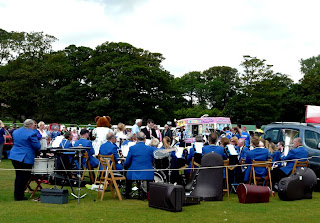 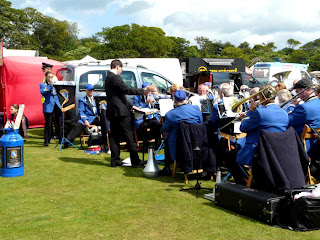 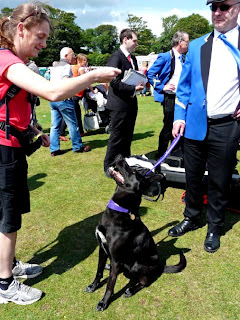 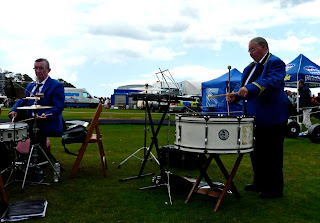 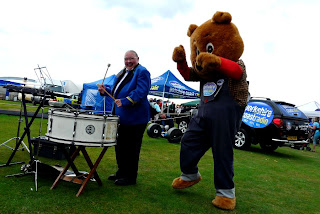 A bit of fun before the cloud burst...

And just in case you missed what was going on elsewhere..... 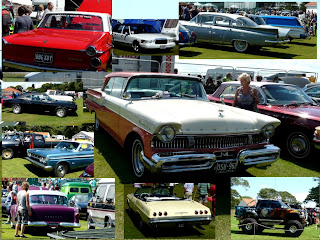 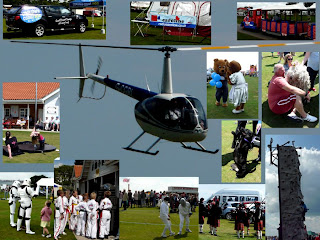 Posted by Beverley Brass Band at 15:43 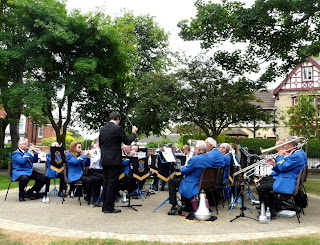 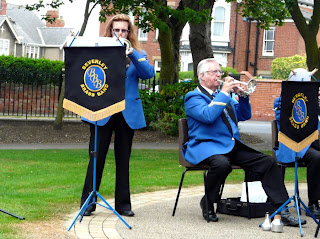 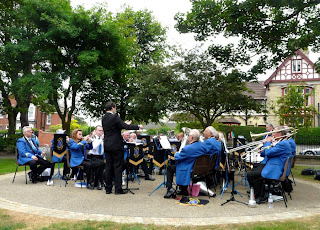 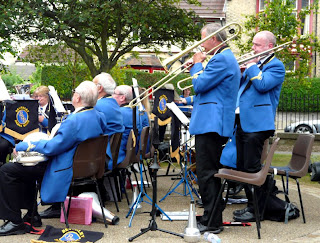 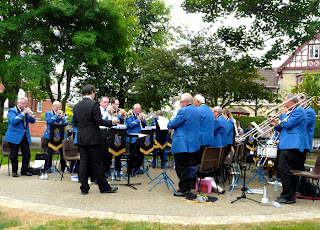 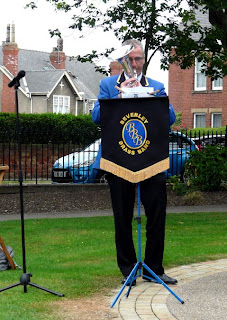 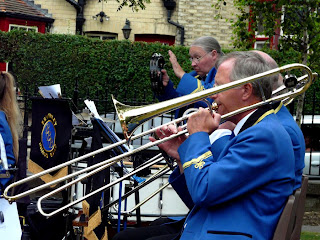 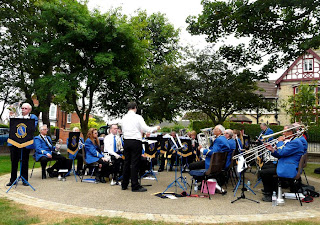 Peter, our MD, was targeted by a bird (allegedly)
which is why he had to remove his soiled jacket! 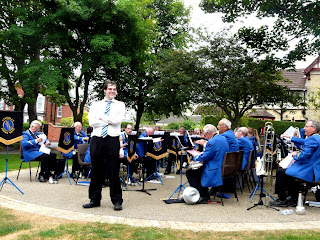 Birds probably home in on Peter because they think he tries to be one of them.
All this waving of his arms  they probably think he trying to fly. 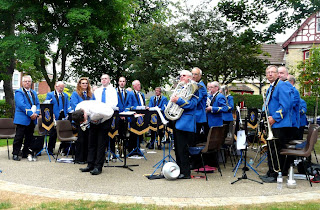 The band has not come to a unanimous decision on this matter yet,
but believe there must be some reason why Peter waves his
arms about so much!

Posted by Beverley Brass Band at 14:02