After playing in the festival of Christmas on the street of Beverley we retuned to The Queens's Centre for Oncology & Haematology at Castle Hill Hospital to play during their Christmas Service of Remembrance and Thanksgiving.

Then we toured the wards playing carols and ended up at the Teenage Cancer Unit Ward which was really special as we had only played a concert the previous evening and raised over £300 for that TCT ward! 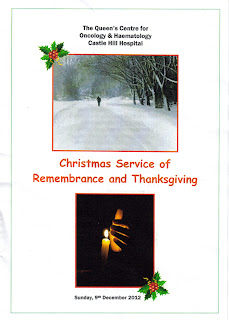 Following the service the band played at several of the wards ending up at the TCT unit. 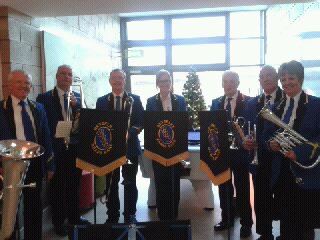 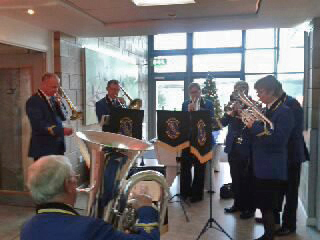 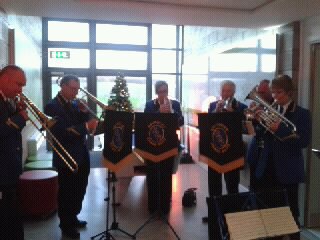 Posted by Beverley Brass Band at 16:19