The band enjoyed another great Xmas Concert at Welton Memorial Hall .
This was Phil's last job with the band before he emigrated to New Zealand.
Photos by Matt Colquhoun 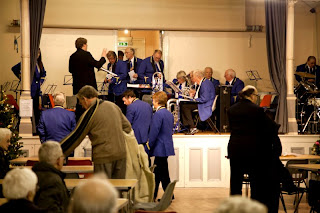 There's not a lot of room on the stage 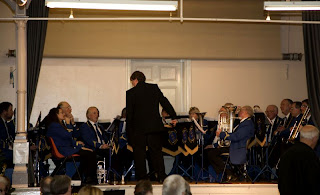 But we managed to fit on(just) 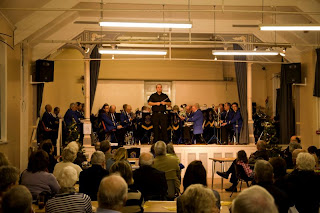 Phil had more fun on drums while Richard conducted 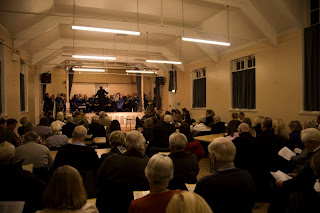 Had a good audience again. 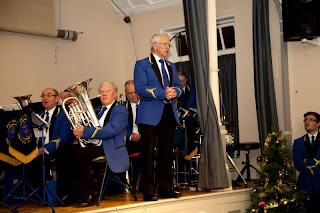 John made the speech 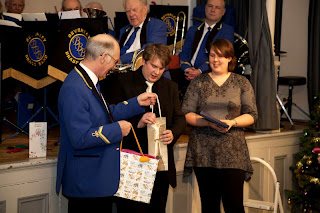 and Tony handed over the goodies 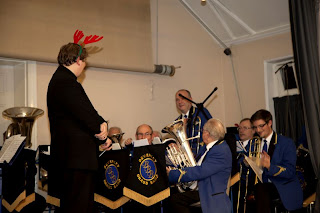 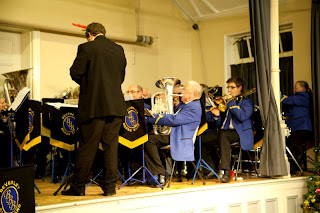 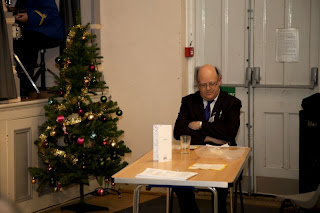 Mally kept awake for most of the perfomance! 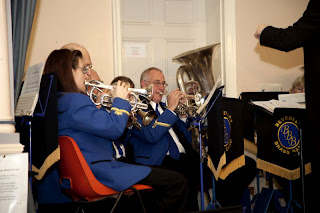 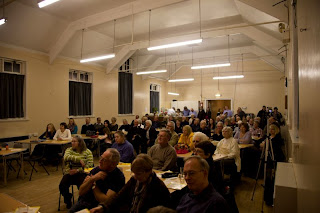 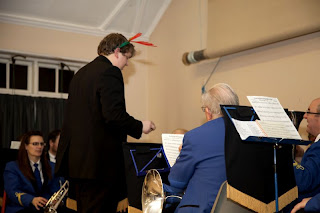 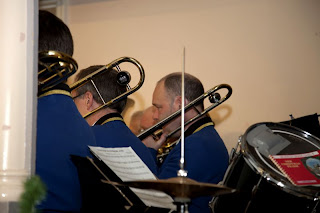 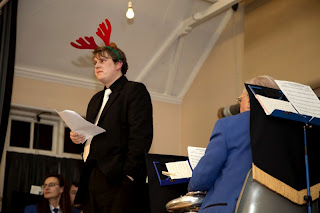 Don't worry kids those appendages on Phil's head are only clip on! 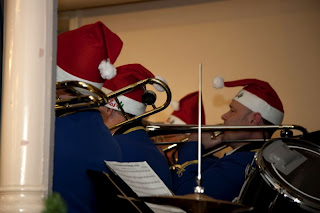 The hats should have been bigger to mute the drums behind us. 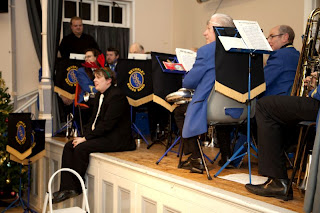 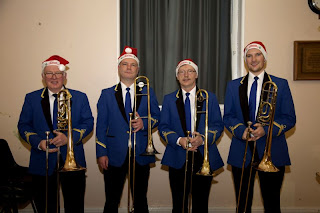 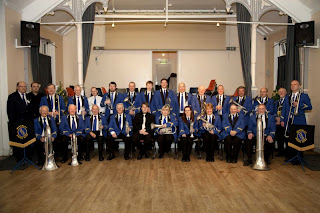 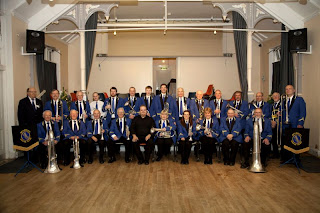 and another with incoming MD Richard Sleight

Posted by Beverley Brass Band at 09:21